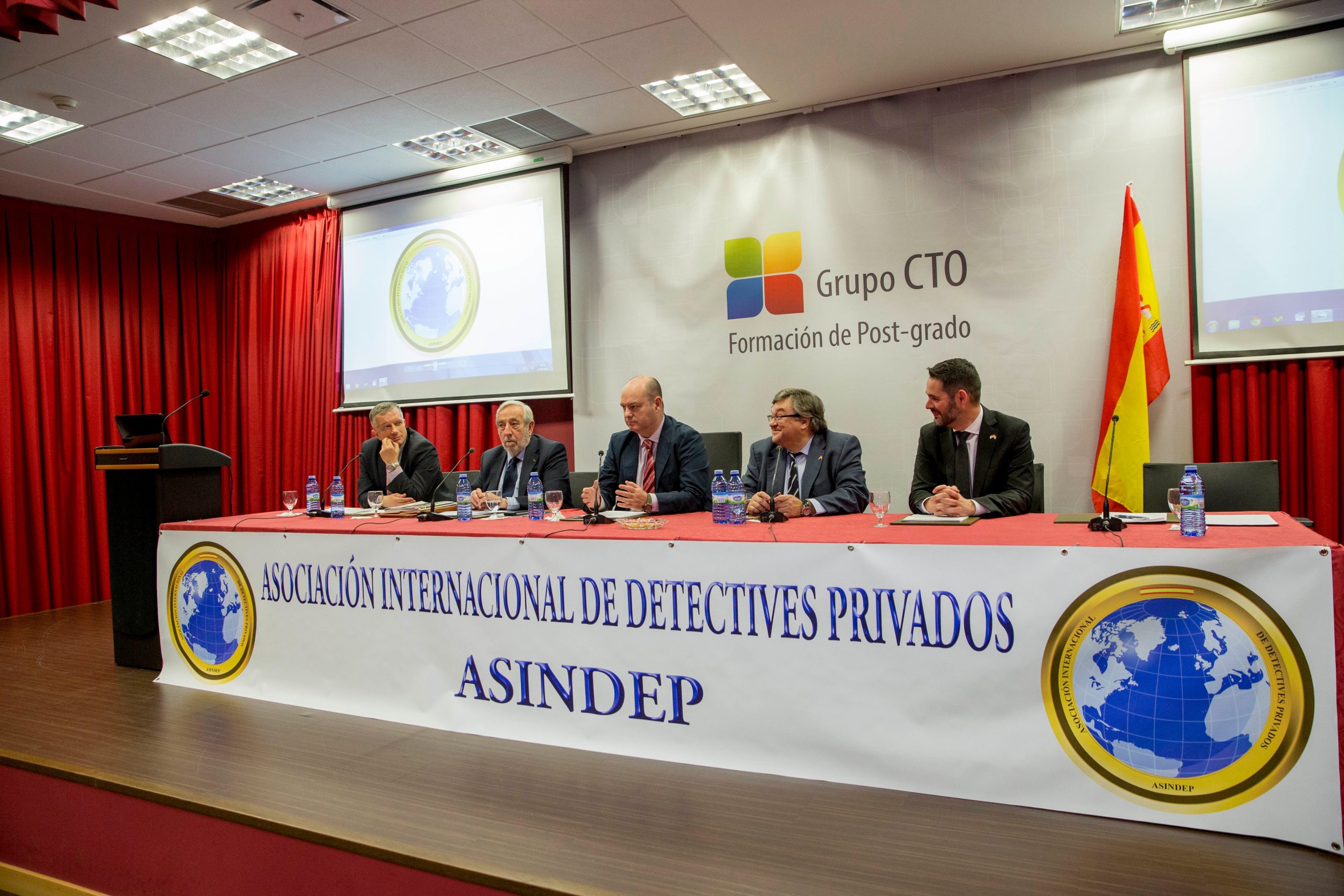 [vc_row][vc_column][vc_column_text]ASINDEP (International Association of Private Detectives) was officially presented on March 13 at the headquarters of the CTO Group in Madrid.

An event attended by several professionals from the Security sector and important representatives from the world of Administration.

In the words of its president, Javier Sandoval, «ASINDEP is a platform for the continuous training of the detective, even internationally, thanks to the collaboration with foreign organizations and companies». Likewise, among its main tasks will be the expansion of the detective profession outside the national territory, as well as promoting the cooperation of the association with the international departments of other countries and professionals linked to the sector.

Together with Sandoval, they lead the organization Augusto Resa Gómez, as vice president; Carlos Espadas Barroso, as secretary; and Alberto de Frutos Aguado, as treasurer.

At the end of the meeting, the number zero card was given as an honorary detective to Colonel Luis González Hidalgo.